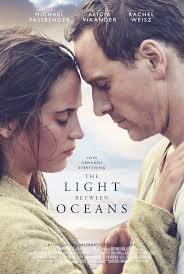 The Light Between Oceans is a 2016 romantic period drama film written and directed by Derek Cianfrance and based on the 2012 novel by M. L. Stedman. The film stars Michael Fassbender, Alicia Vikander, Rachel Weisz and tells the story of a lighthouse keeper and his wife who rescue and adopt an infant girl adrift at sea. Years later, the couple discovers the child’s true parentage and are faced with the moral dilemma of their actions.
You will need a bit of a sweet tooth for some of the flavour in The Light Between Oceans, but there is tremendous confidence and it is hugely watchable. It will put you in a wobbly sort of trance.
Guardian Review