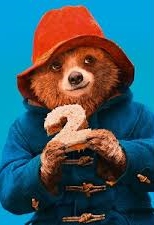 In the lineup of the most critically acclaimed films, Citizen Kane and The Godfather have been bested by a bear from “darkest” Peru. The aggregation website Rotten Tomatoes has declared Paddington 2 to be the best reviewed film in the site’s history. The comedy – which is directed by the British film-maker Paul King and stars Hugh Grant, Sally Hawkins and Hugh Bonneville, – has received 164 consecutive positive reviews from critics. This is the follow-up to the first Paddington movie of 2014 and it’s a tremendously sweet-natured, charming, unassuming and above all funny film with a story that just rattles along, powered by a nonstop succession of Grade-A gags