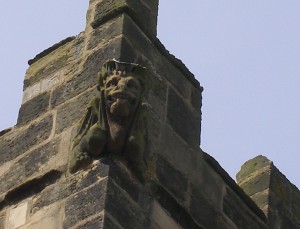 The Friends of All Hallows Sutton and Huby Trust was set up in 2003 by villagers who were aware that the maintenance of All Hallows was falling on fewer (and generally older) shoulders and wanted to help out with fundraising, especially for the likely major repairs which are bound to be needed to such an ancient building. The Trust is not aimed mainly at those regular church goers but for the non-practising, agnostics, atheists and non-believers generally as well who recognise the importance of the church building in the village and would be sad to see it turned into one of those ‘redundant’ churches open once or twice a year. Membership of the trust is on the basis of annual or life membership. It is part of a growing national movement which recognises the difficulties church congregations face in raising funds to maintain ancient buildings.

In the villages, the Trustees raise funds by organising several enjoyable social events each year. This year, as an example, we’ve had an ‘entertainment’ and WWI supper and, for the third time (by popular request), a novel “Call my bluff” wine tasting  in the Grey village Hall. After the AGM in May, we organise a popular talk, demonstration, etc. in the Church room to sugar the pill. This year it is likely to be one of the members of the Malton Dickens group telling us about the oldest profession…..

The Trust’s prime purpose is to be in a position to offer grants to the PCC, the elected “Parochial Church Council”, when requested to assist with a particular project. We are well on our way to raise a sum of money sufficient to provide an income to help out each year, when called upon, to maintain the fabric of the church itself, not to pay the running costs or contribute to the necessary levies imposed by the Diocese. Incidentally, the PCC is quite distinct from the elected Parish Council, the PC which manages the village but has nothing to do with the church!

So far we’ve paid for the re-leading of a chancel window in memory of a major donor and financed, in part the condition report on the array of Harland monuments inside the church and helped with their restoration. We’ve had some generous help from the “Harland family” of America.

The Chairman of the Trust is Derek Jacobs (01347-810208) who will be delighted to provide further information about the Trust and membership details. All Trust events are advertised widely in the villages, as well as in the Parish Magazine and we hope you will join as a Friend (forms at the back of the church) or at least support our events which we are sure you will enjoy.